By Michael Harris-Arzon, The Simplistic Professional

Every Entrepreneur and business owner reaches a point in their success to where they start hoping that someday the kids will take over the family business. Many heads of household firmly believe that the kids do not really deserve a say in the matter, it is what they expect to happen and because the kids don’t want to disappoint the parent, they simply fall in line.

When we started the Ardynn Media Group a little over a decade ago, the idea of it becoming a family business was not even considered. Once our family unit changed, and we brought kids into the mix, is when I had to start thinking about the balance of my personal and professional lives.

Initially, having the capability to work from home or where ever I needed to was the key to having a balanced lifestyle. But rather quickly, I saw that my being able to stop and spend a half hour here and there with the kids throughout the day wasn’t enough. I needed to expose them to the professional side of my life and get them interested. That is when I came up with the idea of writing my first children’s book, Bruno’s Buzzing Adventure.

With the kids still being young enough, I was able to draw them in with cartoon characters.  To keep them involved with the project, I asked them to help me develop the character type and background scenery for each page. As to the storyline of the project, I asked them to help me tell their friends what it was like to move to a new home and describe their new family unit. It was a tremendous experience as a family and it got me thinking about what it would be like to work with my kids on a daily basis when they got older. Thus the thoughts of having a family business began to take root.

For a few years, I simply looked for ways to have the kids help in one way or another, with what ever project we currently had going on. But about 2 years ago, the kids themselves started encouraging me to move in a completely different direction as to the sphere of work that I did.  At first it was telling, then begging me to write a cookbook so that when they had their own families they would have their favorite recipes on hand to make their kids.

So, last year we started planning on making the transition to strictly publishing and I started laying out a cookbook.  But as projects tend to do, a simple cookbook became so much more and an entirely new brand (Simply Ardynn) was born.  Market and competitor research started to happen, thus empty spaces began to appear in the product and brand lines we scrutinized.   A formal action plan came into being and when the time came for us to explain to the kids that the days ahead were going to change things for our family, it didn’t quite go as planned.  In a good way.  I was terrified that the kids would be upset or become resentful of the company.  They were used to my being able to spend more time with them than their friends had with their parents.

The excitement they had was palpable.  Some of it was the fact that Daddy had been listening to them and the cookbook (Simply Ardynn coming Spring 2019) they asked for was going to be published.  Kids love it when their parents agree with them.  And not only tell them, but show them how good an idea they had was.

Over the next few weeks, the kids did as kids tend to do and ease dropped whenever Danny and I talked about the new brand and the changes in the company.  One by one they approached me and asked if they could help.  Anthony came first and suggested he do a cooking with kids series.  Besides being able to spend time with me, he was honest and said he wanted to be a YouTube star and suggested how it would be a good start.  Love that sone of mine.  He tells it like it is and at 11 years old can manipulate with the best of them.

The girls came to me a while later, together and said they wanted to do something too.  Avril wanted to be on the cooking with kids show and while Onyx didn’t know what she wanted to do, she just wanted to help somehow..  As a father I couldn’t have been happier that my teenage daughter wanted to spend time with me.

So, Danny and I talked at great lengths as to what we should do.  Last month we sat down with the kids and had a family meeting.  We asked each of them if they were still interested in working with us on this new project and if so, exactly how they wanted to help.  We explained how serious a commitment it would be and that they couldn’t just quit in a couple of weeks.  We agreed that if we moved forward with the project as a family that we would decide together what the expectations would be… like how many shows we would tape for the cooking with kids series for example.

As a surprise we told them that like any other partner or employee they would be paid and that the bulk of the money would be set aside in trust accounts for them until they came of age.  None of them expected money from this and were honestly surprised to find out. Each would own 10% of the company when we filed updated paperwork.

That is how our family owned business became a family affair in every sense of the word.  No expectations. No one telling them they had to do this. No inference of disappointment if they didn’t want to help.  It was their idea and like good parents, we asked multiple times over a good 6 month period (let’s face it, kids are notorious for changing their minds about things on a weekly basis).

If you own a family business, we would love to hear about it (via the comment section below) and whether your kids are involved and how. 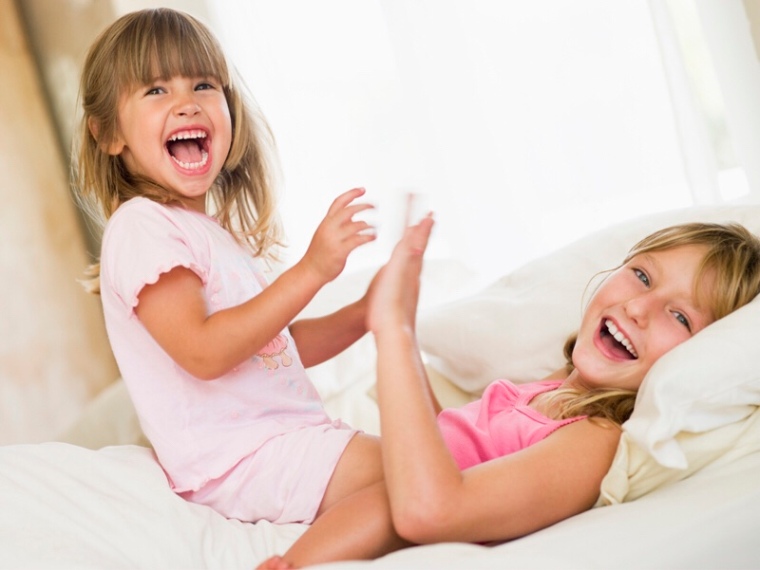 As a professional, Dadologist and all around good guy…… I would say that if I have learned anything over the past decade, it is that the most important lesson a father could ever learn is to simply PAY ATTENTION, at all times ( which is easier than you think) to YOUR KIDS!

This is particularly so for the times you aren’t actually engaging the kids throughout the day. Paying strictly, focused attention will eventually help you develop that eye in the back of your head. Or your kids will think so anyway. It all comes down to the sounds they make. In particular the laugh. While we all like to hear our kids laugh, because let’s face it, it means they are happy and hopefully well adjusted kids. But as you pay attention, you will notice that kids have different laughs and you can tell quite a bit from the differences in those laughs.

I know, you think I must be nuts, there isn’t any hidden meaning behind a kid’s laugh. Do a quick run down in your head of the differing styles of laughter in your household. You will realize that each has its own meaning, that isn’t necessarily universal and pertains to your unique children. Below is a simple list of the laughs my three kids make and what each typically means. By being able to distinguish between them has saved me a lot of trips across the house to see what is going on.

Now, I imagine there are a few others I haven’t mentioned, but you get the idea. A laugh an speak volumes when it comes to your kids and their behavior. It may take a few months to figure them all out but once you have……your life becomes a lot easier.

Over the years, we have developed many holiday traditions here in the Arzon household. And even though the kids are getting older (this will be the last year I think for Santa) I want them to have specific memories when they are older with families of their own. In the beginning many people thought we were nuts for going through so much effort for a specific idea or event. We have actually put a lot of thought and planning into creating the settings for different aspects of the holiday season. 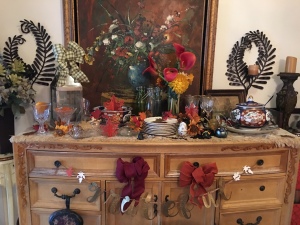 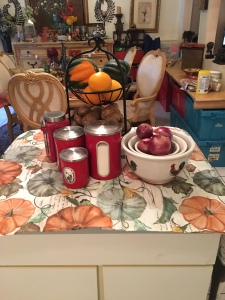 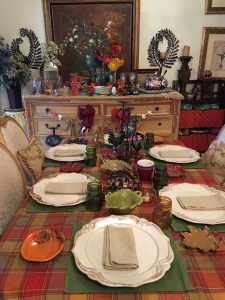 Whether it is setting the table at Thanksgiving and cooking dinner together, the kids decorating the outside of the house with Danny while I make cookies and Mexican Hot Chocolate as a reward for their help and hard work or my building a gingerbread house with the kids to start the decorating of the interior rooms of the house. Each one is done the same way, just different look each year and is usually on the same day each year as our way of ensuring our family traditions will be remembered and hopefully carried on.

Normally this proud father and Dadologist has no trouble coming up with unique, creative ideas. But,with things being so hectic this year as I work long hours, plan my schedule to ensure all of our family traditions are done, take Anthony to his multitude of doctors appointments (the doctors think he may have another tumor) I decided to just peruse some photos online for ideas. I normally only do this when totally blocked, but as a time saving measure I decided it couldn’t hurt to see what others have done in years past and incorporate some of those ideas this year.

Here are some great examples of Gingerbread Houses that can, and should, be done with the kids to you build your own Holiday Traditions. 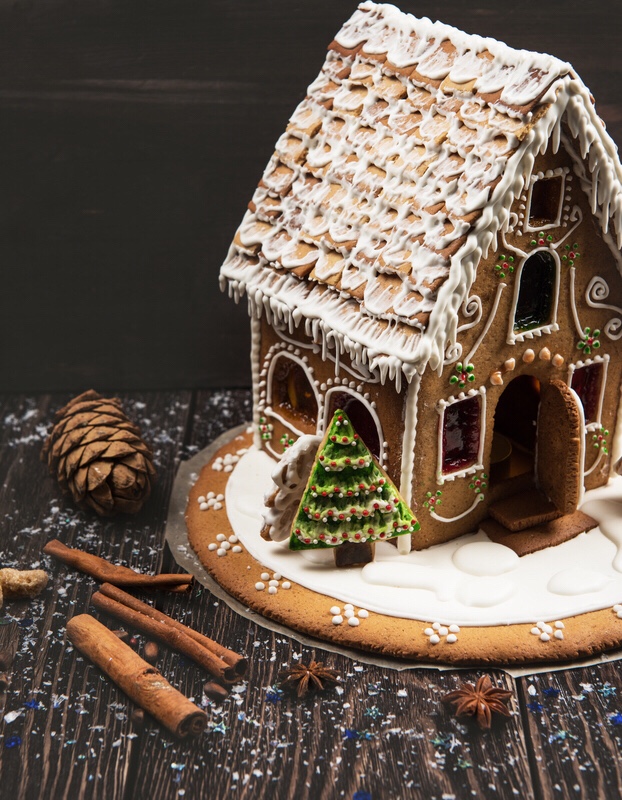 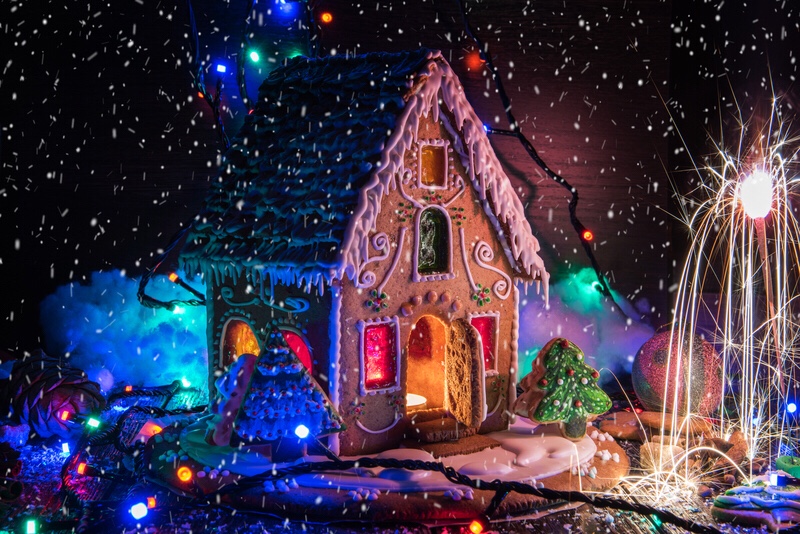 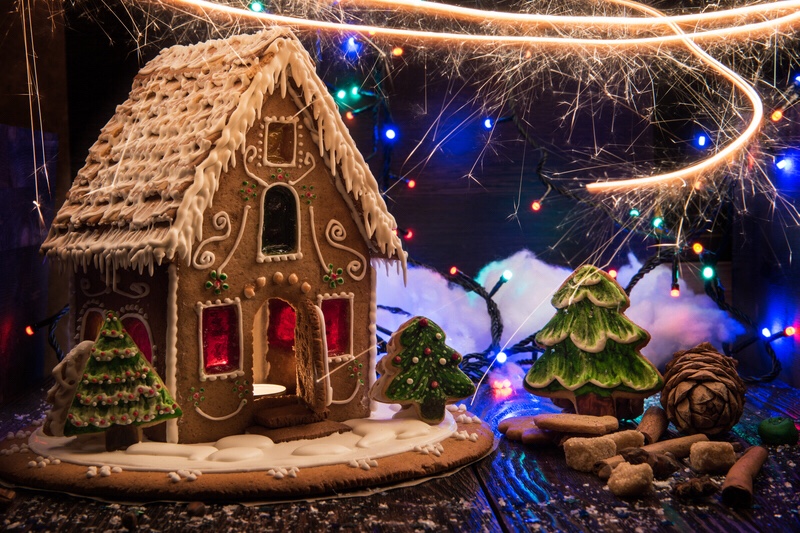 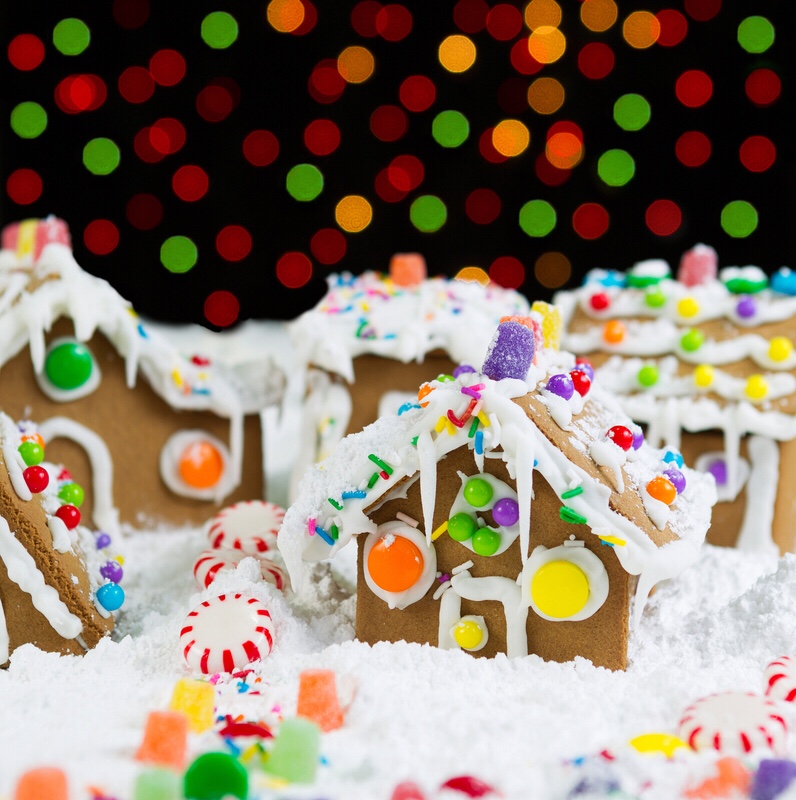 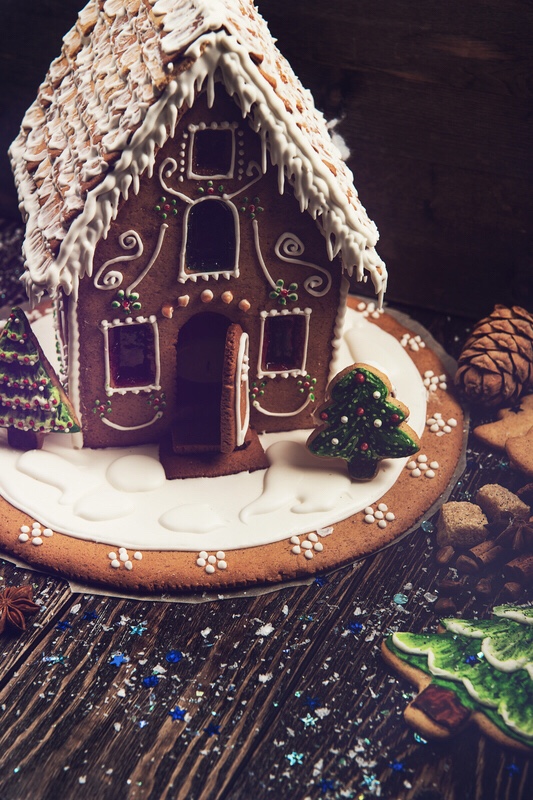 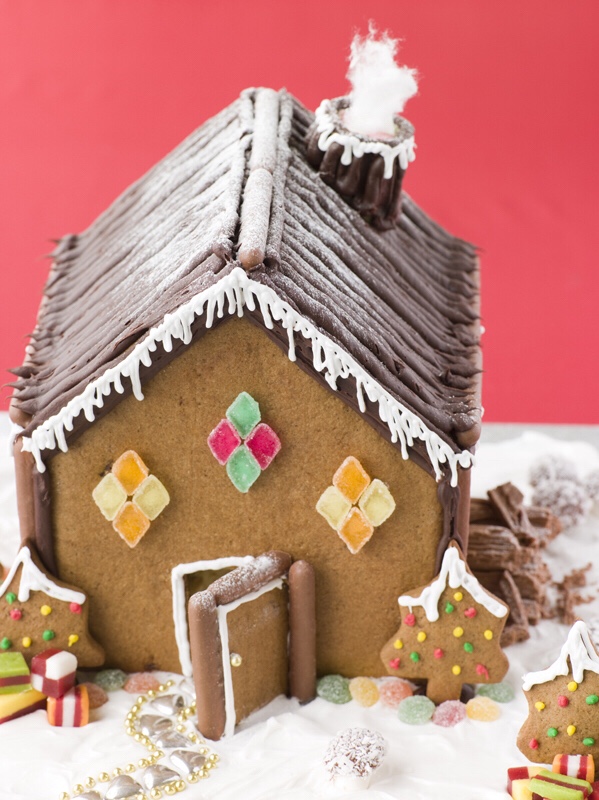 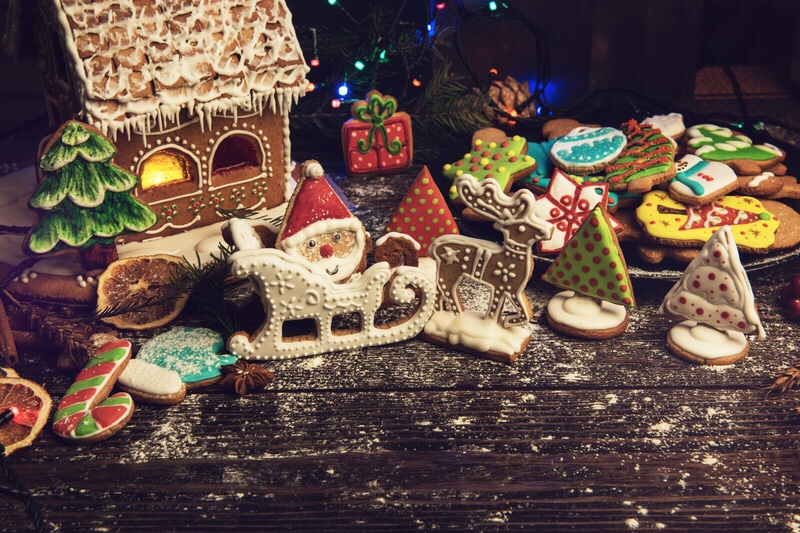 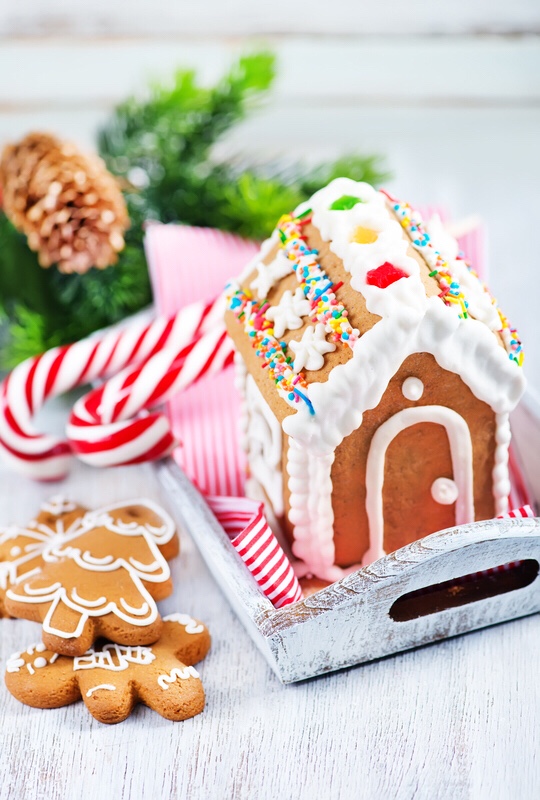 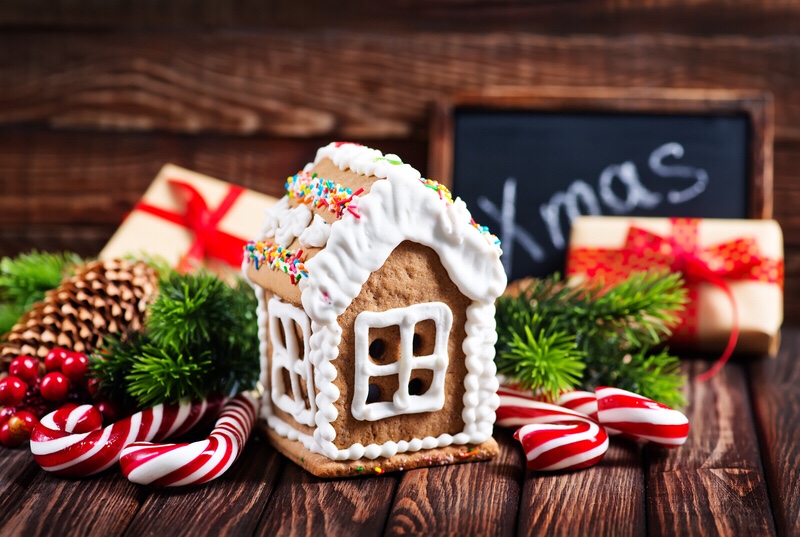 Translate To Over 300 Languages 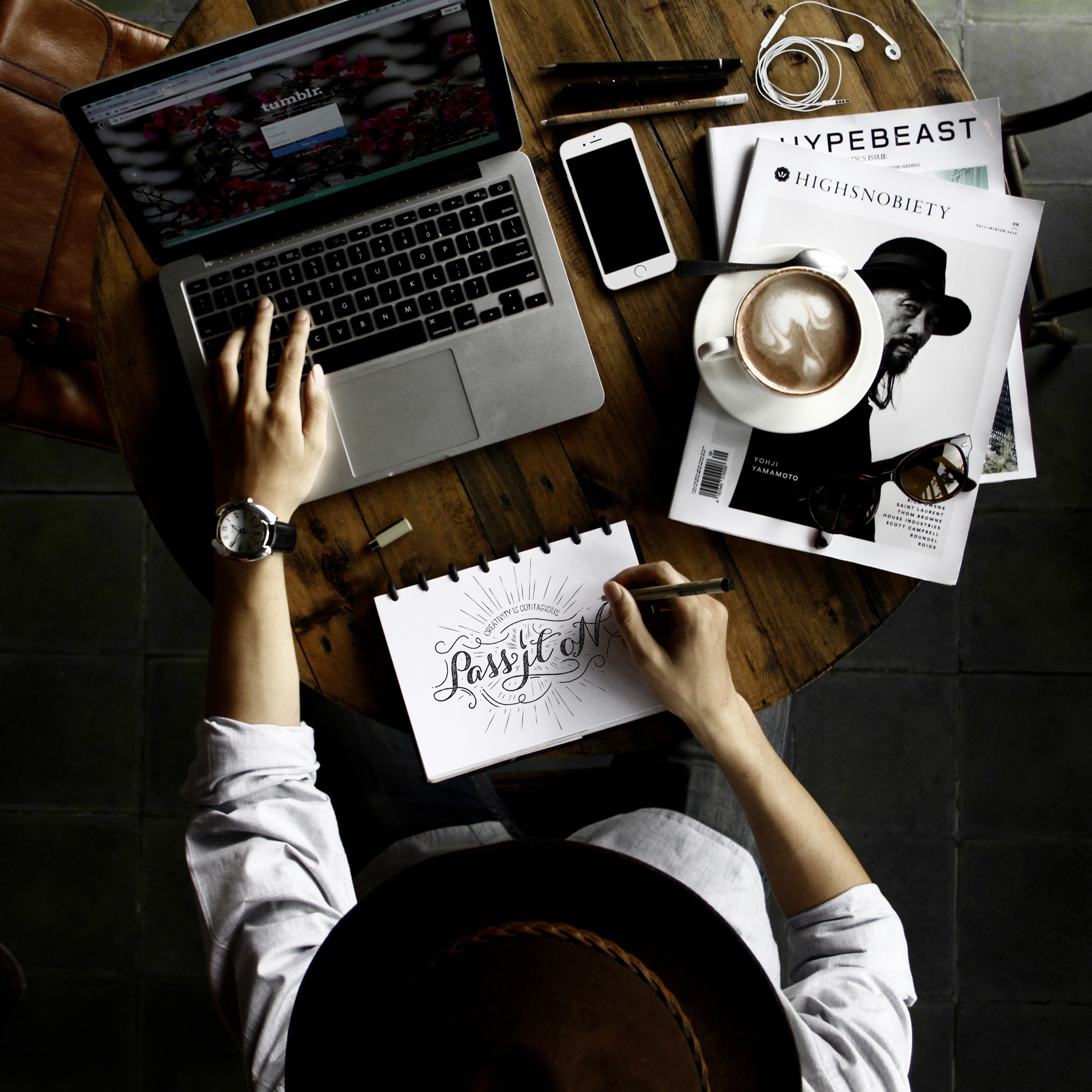 Count loving his new sister peaches so cute you would think she was dinner but gave her a kiss instead
The whole family seems to love peaches
The Arzon family has a new member and her name is peaches
#Mexican street corn is so good and easy to #grill. This and other amazing #food ideas can be found at #SimplyArdynn
Only way I like steaks is on the grill at home with the kids and their friends! #meat #steak #grill #kids #food #backyard #simplyardynn
Hotdogs wrapped in ham are perfect summer picnic idea! #simplyardynn #recipes cooking picnic #food

What People Have To Say